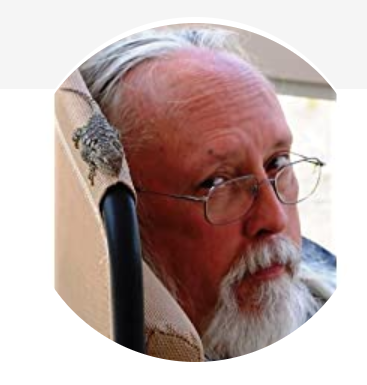 The next person we’re interviewing for our “Writing Advice” series is from John Maberry. Retired from the local government and working in a cubicle farm, he is currently living in New Mexico with his wife, where he calls it “their dream home.” He believes that he can write and do other things during his so-called “Third Age” in New Mexico. Here below is my interview with him:

W.: What made you start your writing career, especially writing stories of your own?

Maberry: I dreamed of writing since second grade. I began with stories in elementary school. High school offered both classwork composition and creative writing clubs. A dream unfulfilled is just a fantasy. It took retirement to act on it.

W.: On the “about” page on one of your blogs, you seem to have led a fascinating life: Hard childhood, failed marriages, and spending one year in Vietnam. Tell us more about these, and how they influenced your memoirs.

Maberry: Ah, the heart of the matter! The childhood goal was to write sci-fi. In 9th grade, I asked Clifford Simak (a sci-fi writer of many books) about that career. He explained that I needed a day job; the genre didn’t assure a livable income. His was being City Editor of the Minneapolis Star and Tribune newspaper. My older brother suggested writing tech manuals or perhaps ad copy. College courses could get me there, or so my plans were then.

Fast forward to Vietnam. I was drafted six weeks before entering college—no deferment unless in classes. By the time I got out of the military, my college objectives had changed. As the back cover blurb of my memoir, Waiting for Westmoreland (WFW for short) says,

“Spending a year in Vietnam, with its readily available sex and drugs, thoroughly corrupts his youth. Then the political realities of the war and Watergate shatter his idealistic illusions about America. So, to reclaim his virtue and ideals, he thinks he must reform the people or institutions that failed him.”

College became a quest for change—a frustrating one. Instead of sci-fi, I must first pen an antiwar screed. Ah, but I had to find that day job. Plus, I had to change the world. Law school became the next step. As a lawyer, I could do that AND write—or so I thought. Well, that wouldn’t work either—couldn’t get the legal job I wanted. Besides, few lawyers had enough spare time for serious prose when starting out.

I studied philosophy and a panoply of social science courses in college. History, psychology, sociology and more explanations about why society is like it is and how humans can make it better or worse. Humanism introduced me to Voltaire. I saw myself as a 20th century Candide. I read a multitude of books exploring the mind, the self and society. Neither college nor the outside readings offered the answers I sought—recovering myself and changing the world.

Finally, again from the cover blurb, “Finally, he encounters a person who reveals that the credit or blame for all of life’s events lies within. Looking for happiness outside oneself is fruitless. Reforming oneself, not changing others, is the means for attaining happiness and making the world a better place.”

The choice became obvious. The memoir had to be the first book. Fiction would come later.

W.: Also, you are a 40+ year Bodhisattva. How has that changed your life and your writings?

Maberry: When I published the 10th Anniversary Edition of WFW, I added a subtitle, The path from Vietnam to enlightenment. That means what? Life is a chain of causality. The memoir reveals the antecedents to my acceptance of Buddhism. I survived the deaths of first a father and later a mother before 18. Poverty. Vietnam. Bored, I listened half-heartedly in a shopping mall to a person explaining the practice of Buddhism. The soil of my life wasn’t ready for the seed. Two years later, the last semester at Georgetown Law Center, my second wife had left me. Now what? I was ready for the tree to sprout. I encountered a person with a life force I didn’t have. What was it, I asked. She told me she practiced Buddhism–and chanted. Immediately, I responded, “What do you chant, Nam-myoho-renge-kyo?” The very same phrase I’d heard two years before at the mall. Yes, she had the answer to the mysteries of my life—and those around me.

There’s not enough space here to relate the changes that’s made in my life. Here’s the big one: The father of my third wife threatening to kill us both if we got married. Later, he said, “just call me Dad.” How and why? Through my faith and practice, I accepted responsibility for his feelings and prayed for his happiness. But it wasn’t anything I had said or done that caused those feelings. Oh no, that came from thoughts I had about another person while in Vietnam. If the Buddhist perspective could yield that result, I would practice it for the rest of my life. That’s what the book explains.

My writings are about seeing life and the world as it really is. Without the illusions or delusions. It’s not because of the boss, the President, your spouse or anyone else that you’re unhappy or unsuccessful. My writings are about creating value. Dispelling the mistaken notions. When you’re writing fiction, few readers want to be preached at. I won’t be doing that. Well, OK, there are some blog posts that might hit hard. Political analyses or satire aside, I’m trying to write from and about life—even if it’s about worlds, times and places that exist only in my mind.

W.: And tell us about Eagle Peak Press, which you are part of. I see that it’s about Buddhism, the environment, humanism, and much more. Mainly, what do you want to achieve through the press?

Maberry: Eagle Peak Press is my brand. It’s my publishing side. An outlet to educate or inform. A place for financial advice. Travel tips. As you say, much more. At one point, I had thoughts of extending more opportunities to others via the site. I have had guest articles over the years. I plan on having more in the future, in Eagle Peak Annual—including this year. It’s also a showcase—for my works.

W.: Can you tell us more about Eagle Peak Annual:

Maberry: The first issue came out in September last year. We published 17 issues of its predecessor, Eagle Peak Quarterly through May of 2018. The Quarterly included a broad range of informative topics—for example: advice for living, book reviews, financial planning, travel and more. Most items were short—some were weblinks with brief synopses. Nonetheless, the Quarterly took up too much time, especially when long essays on Buddhism, public policy and more were involved. That’s why we switched to an Annual. The annual issue has more in-depth analyses that trend 20-30% or more longer. That becomes obvious in comparing the first annual with the last quarterly. It will still include interviews with people making a difference, retirement living and the boomer, photography and topics the readers ask for.

W.: What are your goals for the future?

Maberry: More networking with fellow writers. Travel to beautiful places with my wife of 40 years. Write and publish nine more books from now through 2031—two more short story collections, four standalone books (fiction and nonfiction), a three-book series—plus, a sequel to Waiting for Westmoreland. Have three bestsellers and live to a healthy 100! Most importantly, create value in the world.

W.: Give us a preview for the sequel for “Waiting for Westmoreland,” and how is this going to be a continuation from your first book about your year in Vietnam.

Maberry: The sequel for Waiting for Westmoreland is far off in time (planned for 2027) so a preview isn’t really possible right now. What I can say is that it will take off from the tenth-anniversary edition that came out in 2017. By that, I mean it will be more about continuing the journey of self-reformation. Enlightenment is not a fixed destination, that one attains and thereafter is hip, cool, woke or any other term that may arrive tomorrow. Everyone faces challenges in life—financial, medical, social, etc. How one deals with them successfully is critical. So, the sequel will recount what’s happened to me, my family and those with whom I’m involved. How I have continued into the Third Age—exploring new frontiers, making these years golden or the crowning achievement in my life.

W. Why would you want to publish books until 2031? And why did you pick this particular year?

Maberry: Four years ago I made a determination to publish eight more books by 2030. Why? That year is the centennial of the founding of the Soka Gakkai—the Buddhist lay organization, but for which I would not now be living a successful life of absolute happiness through practicing Buddhism. Apart from that, without goals, one can succumb to laziness or procrastination—an aimless life without purpose. More recently, I extended the objective to nine books and to 2031. This year has more to do with what I think I can reasonably complete in eleven years. At that point, I will be 84. I don’t plan to stop writing then, but I might spend a little more time traveling and slow down the schedule. As 2031 approaches, I may have to add more books! Especially if I  have some best sellers before then!

W.: Any final comments/thoughts for our readers?

Maberry: The pandemic that struck the world has and will continue to cause much pain and suffering. Grief at the loss of friends and loved ones. Economic losses will be as great as any in the last 100 years and more. The current and future lives of many will be upended as much and more so as many who lived through the planet’s many wars and events such as the 9/11 attack in the US. Political polemic won’t help. Only honest and caring efforts to aid the many who need assistance not simply surviving but thriving in a very different world. I hope that I can make some meaningful contributions to that endeavor in my senior years.

We thank John Maberry for answering these questions and for accepting this interview with us. You can learn more about him through his “Eagle Peak Press” website: eaglepeakpress.com

Please also subscribe to our newsletter (with a lot of exclusive content) by filling out this form: https://goo.gl/forms/yDdxNeOnfm3F65oG2

For INTERVIEW REQUESTS, please fill out the following form: https://forms.gle/tkDxqVx21BwPxMVU8

Welcome to W. Wang’s World! Please check out my blog for constant updating content (link below). Please also subscribe to our newsletter by submitting this form: https://goo.gl/forms/uO5RsTynuYsvg2Ej2. Follow me on twitter: @wworldcomment1. I look forward to hearing from you! View all posts by W. Wang